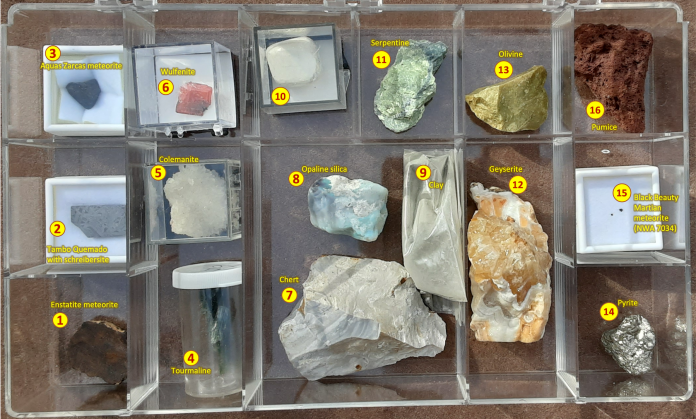 Below is the latest version of my exhibit which has been shown at 22 international conferences since 2014. From left to right and top to bottom I will identify each meteorite or mineral and its role in the Origin of Life four billion years ago.  This is based on the latest research through January 2021.

This exhibit is 16 specimens, reduced from the 23 at the Perseverance website.  The five specimens which should be near biosignatures on Mars are chert, serpentine, clay, opaline silica, and magnesite.

The NoRCEL Gap Map aims at being a community effort for identifying and discussing what we don’t know about "Universal Biology"
An Initiative of the NoRCEL Network, by Martin Dominik, President of NoRCEL
Press to contribute your ideas to the NoRCEL Gap MAP
Do you want to become a member of NoRCEL?
Apply here!!!