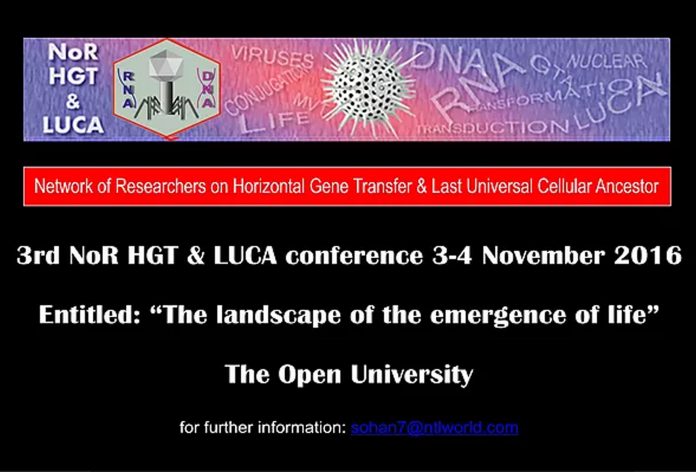 This conference investigates the various nuances of the origins of life on Earth and highlights the latest findings in that arena as reported at the Network of Researchers on Horizontal Gene Transfer and the Last Universal Common Ancestor (NoR HGT and LUCA) which was held from the 3–4th November 2016 at the Open University, UK.

Although the answers to the question of the origin of life on Earth will not be fathomable anytime soon, a wide variety of subject matter was able to be covered, ranging from examining what constitutes a LUCA, looking at viral connections and “from RNA to DNA”, i.e., could DNA have been formed simultaneously with RNA, rather than RNA first and then describing the emergence of DNA from RNA.

Also discussed are proteins and the origins of genomes as well as various ideas that purport to explain the origin of life here on Earth and potentially further afield elsewhere on other planets.

Download the conference report from the link below:
3-NoR-HGT-LUCA-Conf-Report-Landscape-Emergence-Life-2017 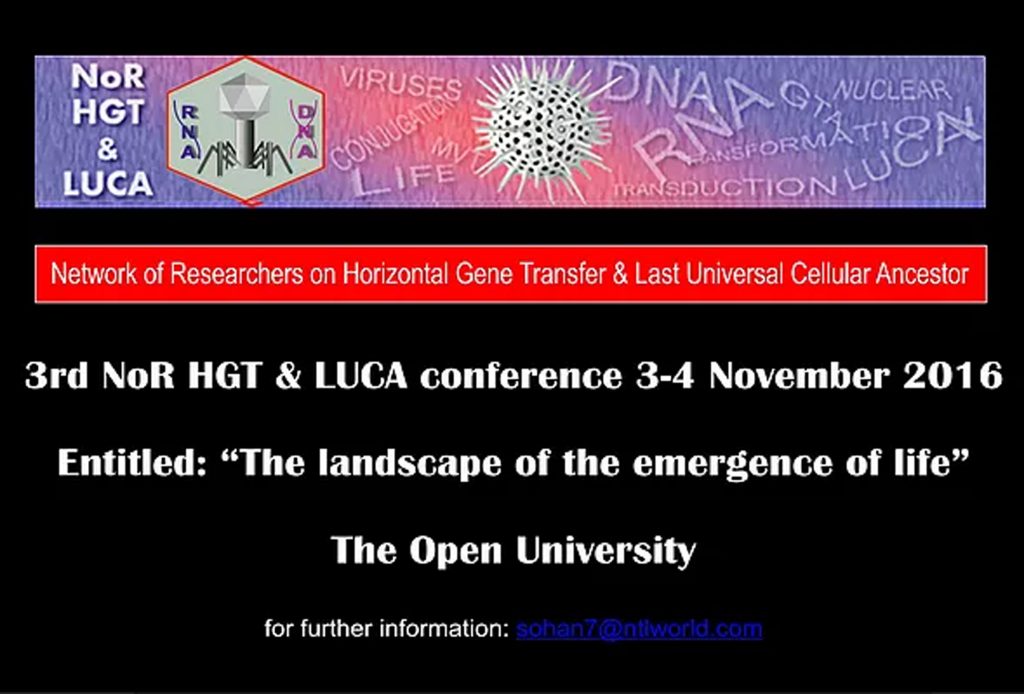